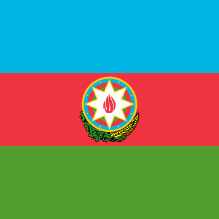 If you were puzzled regarding the mysterious death of an allegedly corrupt German politician, Karen Strenz, whilst flying back from Cuba, you are not alone. The unfolding scandal of bribes received by EU politicians from wealthy Azeris, and Azeri PEPs, is exploding on European media. The figure of millions of Euros is being thrown around, to the reported dismay of the Azerbaijan government.

Given that there is evidence of a well-established pipeline to bribe Maltese politicians, using a circuitous route through Pilatus Bank, the question presents itself: How involved was Pilatus Bank's dodgy London Branch in funneling bribes and kickbacks to politicians in other EU Member countries ? One of the offshore companies listed, and confirmed by a former Pilatus Bank staff member, appears to have both Maltese bribe recipients, and other in the EU, in common. Therefore, it is reasonable to assume that Azeris intent upon influencing EU leaders would resort to using Pilatus' London office to move bribe money.

Unfortunately, it appears that law enforcement in the United Kingdom is pointedly ignoring calls from the public, and foreign law enforcement agencies, to charge Pilatus UK officers and staff, or to even investigate the bank's clients and their transactions. Some observers fear the lucrative Azeri bank accounts in the City have influenced UK politicians who are under pressure by British bankers wishing to keep those accounts.

Pilatus Bank's dodgy London branch, previously located on 4 Old Park Lane, was basically a letterbox facility not open to the public, but advertised itself as available to ultra-high net worth clients. it was reportedly not the subject of document seizure or subpoena, but since at this stage, we do not have any information or intelligence on indictments or investigations, there may be an active case. We shall continue to seek new information, and shall report back to our readers should anything new of substance surface.