The Public Prosecutor in the Commonwealth of Dominica has announced a Nolle Prosequi (discontinuance or abandonment of criminal prosecution) in the pending Treating (Corruption) case against Prime Minister Roosevelt Skerrit, Minister of National Security Rayburn Blackmoore, and other officials. Victims alleged that illegal favours and gratuities were given to voters ahead of a National election, for the sole purpose of influencing their votes, and the evidence was sufficient to take the case to trial, in the opinion of legal observers, many of whom predicted that the Skerrit regime would see that it was dismissed., after a regional appeals court held that the case could proceed.

This action, which is contrary to the evidence, and the Rule of Law, is merely the latest court ruling obviously influenced by senior government officials. Dominica's ruling Labour Party, which violently suppreses dissent and public protest, governs the country with an iron hand, with logistical support of the Peoples' Republic of China, whose large embassy serves as a base for intelligence and surveillance operations in the East Caribbean region. Civil and Human Rights are severely restricted by the government, which is increasingly influenced by China and Venezuela, and which constitutes a Clear and Present Danger to the adjacent East Caribbean States.

The decision of the Director of Public Prosecutions appears below. 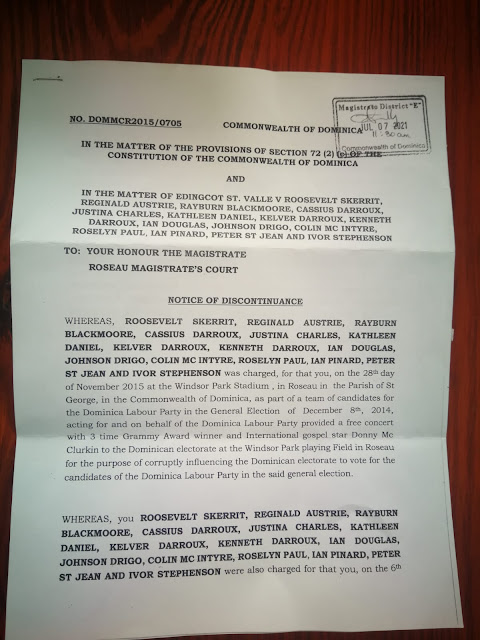 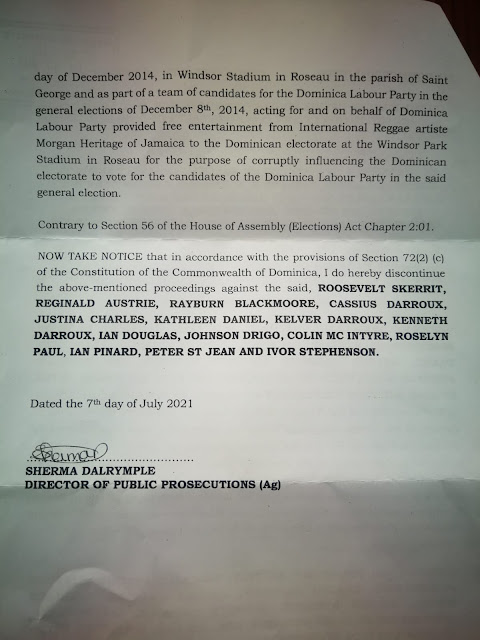 Below is the public statement released by the defendants' attorneys. 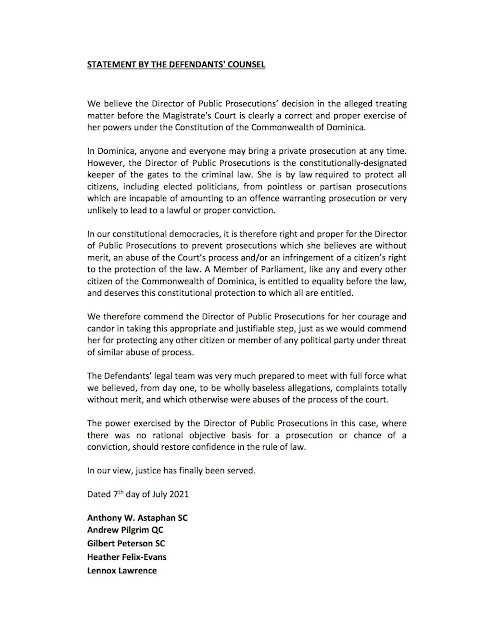