MANY UNINDICTED COCONSPIRATORS IN SADR CASE LINKED TO MALTA

In the now closed case of United States vs. Ali Sadr Hashemi Nejad,  the Court has ordered certain documents unsealed, in connection with its inquiry into Brady violations and possible withholding of exculpatory material. Certain of these documents have not been unsealed, and are available to the public and media in the court files.

While readers of the indictment against Sadr were unable to name the nine unindicted co-conspirators who were only identified by 'CC" designations, one of the documents now unsealed reveals who those individuals are, and though they were not charged in that specific case, they are known to US law enforcement, and are at risk of being charged.

You will note that some of them have direct connections to Malta, for a number of reasons;

(1) They reside there, such as one of the Pilatus Bank Directors

(2) They held corporations formed in Malta, such as the Iranian national not related to Sadr.

(6) Named in the  Egrant  Magisterial inquiry.

This document provides an important clue as to where the American Pilatus Bank investigation, which is separate and apart from the Sadr case, is going. More documents are scheduled to be unsealed and published soon, and we shall examine them. 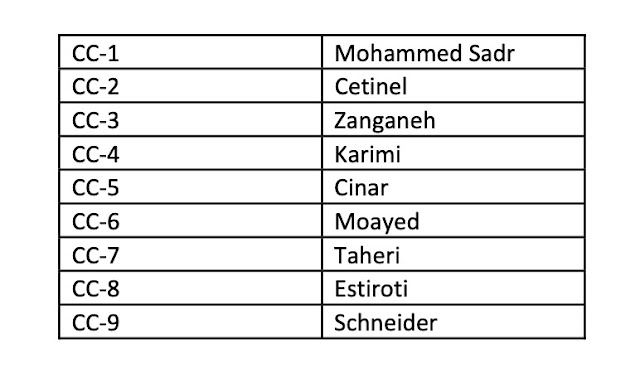