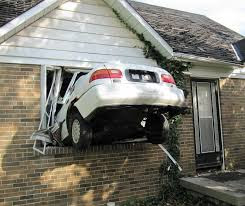 A similar type of accident

A single-vehicle accident in Malta, which has left the driver, a prominent businessman, seriously injured, and from which he may not survive, reminds me of another case with disturbing similarities. Turn back the hands of time to Miami in 1991, a city struggling to get itself out of the cocaine-fueled "Miami Vice" nineteen eighties. it was still a violent time, though the city fathers were seeking to clean up their town's image, and restore tranquility.

Having been extradited from his native Panama, General Manuel Noriega, his country's dictator, was facing a potential life in Federal Prison, on narcotics and money laundering charges. His trial was coming up. One of the principal witnesses against him was a Colombian career criminal who had cooperating with the authorities in  number of matters, one of which had resulted in a payment to him of $170,000. 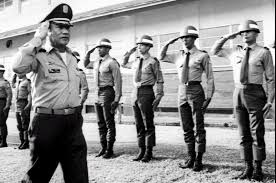 His name was Ramon Navarro*, though most people knew him by his street name "Turco," the Turk, meaning that he was of Middle Eastern origin. Turco's particularly distasteful specialty was ripping off Miami's drug dealers, who of course could not go to the police after they had been robbed of their narcotics or the proceeds of their crimes. He carried a handgun in his sock, and an automatic weapon in the trunk, and he was known to actually bring his children along when he held up drug traffickers at gunpoint.

Not long before the trial, Turco's BMW was involved in a suspicious and fatal one-car accident, thus eliminating him as a witness. It was believed that he was murdered to prevent him from testifying against General Noriega, in a matter involving three hundred kilograms of cocaine linked to the former leader. Nobody was ever arrested in connection with his death. We have previously covered this story; The Perils of Being a Witness in a Money Laundering Case, August 3, 2013. 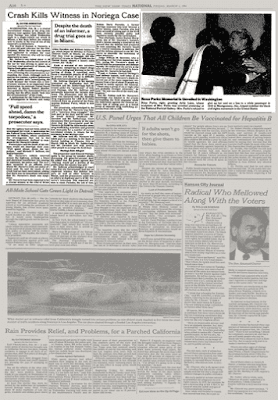 In this week's Malta case, there are reports that there were no evident skid or brake marks on the pavement from the car involved, which may indicate total brake failure, an anomaly on this brand of luxury sports car. Was foul play involved ? We cannot say, but an investigation is reported to be in progress, Considering the powerful people whom the driver is associated with, we wonder whether this is simply history repeating itself, of parallels to the Miami case.

*The Colombian Embassy referred to him as Arturo Navarro.