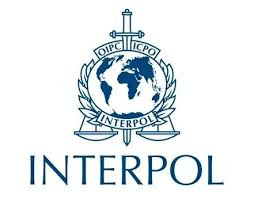 It appears that there are dark actors intent on silencing Malta's most knowledgeable whistleblower.  Maria Efimova sent a DHL package, which contained documents and evidence destined for INTERPOL, to the European Commission,, rebutting the bogus, political charges filed against her husband, Pantelis Varnavas, to obtain leverage against Ms. Efimova. The documents and evidence was stolen by unknown agents before delivery could be effected. This obvious illegal effort to prevent the truth from reaching the EU was designed to force Efimova to appear in Malta, where a trumped-up criminal charge awaits her, as Malta's utterly corrupt government seeks her imprisonment and most likely, demise while in custody, which is the Maltese Mafia's favourite method of eliminating witnesses.

The package, a true copy of which will now be delivered under secure conditions, contains a Statement of Facts, supported by 250 pages of evidence.The summary, supported by specific documents, recited in detail the well-orchestrated plan to silence her, by using the criminal cases filed by corrupt forces in Cyprus.

While we are prohibited, by EU privacy laws, as well as our desire to conceal the extent of her evidence, from publishing the complete text of the submission to INTERPOL, we have been granted permission to quote  from the Statement of Facts, so that our readers may learn who, and what, was behind the bogus criminal charges filed against Efimova and her husband. All these allegations are supported by either hyperlinks or actual evidentiary facts from documents attached.

(1) According to the present statement, there are grounds to believe that the European Arrest Warrant issued against Pantelis Varnavas by the authorities of the Republic of Cyprus is of political character."

(2) "Pantelis Varnavas is a spouse of Maria Efimova, a whistleblower who has testified in Malta about money laundering conducted by Maltese Pilatus Bank, for the benefit of former Maltese Prime Minister Joseph Muscat, as well as some other members of Maltese Government, and other countries' governments."

(3) Maria Efimova submitted Suspicious Transactions Reports to the European Central Bank in December, 2017. Thereafter, she and her family were placed in danger as the direct result.

(4) An Arrest Warrant subsequently issued against her by Cyprus was rejected and declined by INTERPOL.The Cyprus Media Complaints Commission found that it defamatory in nature.There was no factual basis for the charge.

(5) Thereafter, an Arrest Warrant was issued against  Pantelis Varnavas on the same charges as those filed against Ms. Efinova.

(6) When the Varnavas warrant was also declined, there was "an effort to make the Arrest Warrant against Pantelis Varnavas [to] look different from the one against Maria Efimova."

(7) In truth and in fact, neither Efimova nor Varnavas had ever worked for the purported victim, Farco Capital Fund. There are errors in the information supplied by the "sources" proving it is bogus.

(8) There are links between company owners, corporate managers, and the licensed agents for Cyprus Citizenship by Investment, which shares its license ownership with Henley & Partners Cyprus Ltd. These links are all listed and authenticated.

(11) A former senior Cypriot Government official, the ex-Attorney General, has attested to the extent of rampant corruption in his country.

If you connect the dots here, your conclusions should be obvious . The bogus criminal charges were filed at the request of a CBI consultancy closely linked to Joseph Muscat, after Muscat sought help.

Below is the letter notifying Maria Efimova of the robbery of the DHL package.  Which element of the Maltese Mafia lifted the package ? Ask Muscat, he certainly had a hand in it.