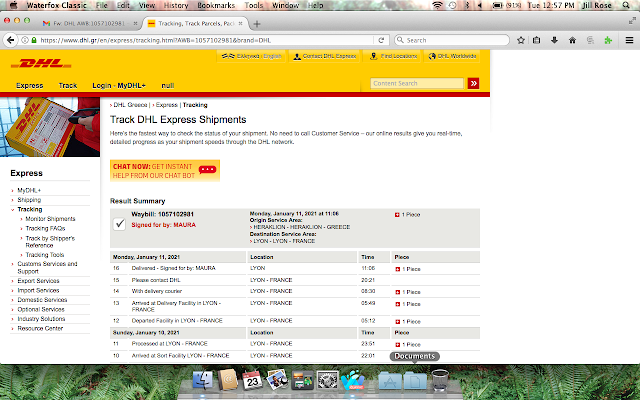 Due to the demand from our readers that we keep the informed about Maria Efimova's continuing investigation into the disappearance of her DHL parcel intended for INTERPOL in Lyon, France, we have discussed the matter with her, and have been advised that DHL has not given her a satisfactory explanation  as to why its records show a delivery, with the package signed for at its destination, when in truth and in fact, this was simply not the case.

To quote Ms. Efimova," Below is also a reply my husband received from DHL office in Athens.  They repeatedly ignore his question about the reason why he wasn't informed about the delivery failure when it actually happened, and why it is still marked as 'delivered' at DHL site." [We have the correspondence in the original Greek].

We do have the statement, taken by the Lyon Police, taken from the DHL courier, who stated that the package, together with another also destined for INTERPOL, originating from Panama, was also stolen. To add to the mystery, the other package was also shown as 'delivered.' How can two stolen packages going to a law enforcement agency be listed as arriving when they didn't ?

Our question: who knew that Ms. Efimova was sending evidence to INTERPOL, and was the other package taken to confuse investigators ?  Who was behind this crime ? 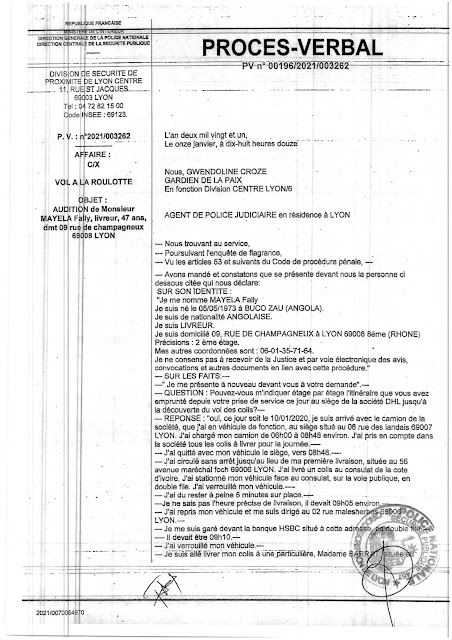