MUSCAT AND HIS MERRY MEN HOLD GANGLAND MEETING IN GOZO 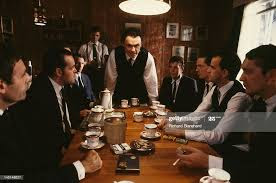 Malta's excommunicated former prime minister Joseph Muscat held a gangland-style meeting with his crew today in Gozo, Malta's sister island, where they maintained strict security in a private room booked at Ping's Buddharama, which features Asian cuisine.The restaurant is owned by a prominent Chinese business lady. Muscat a/k/a the Joker has been keeping a low profile since he resigned as premier, as he has reportedly been under surveillance by an unknown organization.

All those who attended reportedly consumed copious amounts of spirits, led by Muscat, holding court at the head of the table, who was treated like a prince. The purpose of the meeting was said to involve discussions of pending business, but the attendees apparently were extremely rowdy, which defeated their goal of privacy. We hope that the Joker's compliment of armed bodyguards were sober. Those in attendance included a Gozitan, a corrupt property director who, until a few years ago, was bankrupt, but now is flourishing. 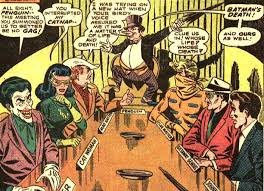 We wonder whether the true agenda was to discuss the parties' exposure to the criminal investigations known to be ongoing in several European Union countries. Perhaps that's why they drowned their sorrows so thoroughly; we hope they have already retained competent criminal defence attorneys honest enough to advise them on their chances of acquittal.