MALTA MELODRAMA OR, HOW A MAGISTRATE BENT ON ENTRAPMENT MISSED HIS TARGET 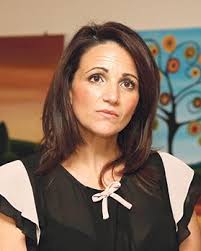 It's a classic textbook law school case of entrapment; an allegedly corrupt Magistrate, intent on getting a whistleblower to implicate herself, and then switch the counterfeit evidence for the real thing, fails to get his target. The problem is, the setting is the Republic of Malta, the European Union's very own offshore tax haven and criminal jurisdiction du jour. Law students, watch and learn. 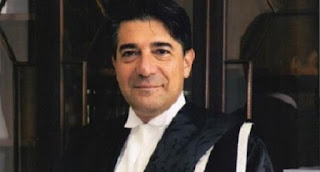 Maria Efimova, whom some are calling Malta's Conscience, was kind enough to answer my questions today, regarding what happened when she met with the Magistrate to discuss the Egrant document.We know that the Magistrate Aaron Bugeja received counterfeit documents from the duplicitous Pierre Portelli, and was allegedly interested in entrapping her into committing a crime, so as to distract from the fact that Michele Muscat, then-PM Joseph Muscat's wife, was the beneficial owner, and therefore recipient of bribes and kickbacks paid to her husband. The Magistrate had allegedly been promised a judgeship, a promotion, for the scheme, which was later fulfilled.

Magistrate Bugeja, then holding papers that purported to be Egrant documents, following the rules of evidence, should have first asked Maria Efimova if they were authentic, and accurate copies of the documents she had seen and/or possessed. The Magistrate did not such thing, according to Maria, and I quote her here from our conversation today:

"I can say on the record that I was never asked by the Magistrate to identify the documents. And he also warned me about the possibility of prosecution if I choose to show him the documents I have. "

She also affirmative stated that Pierre Portelli never got anything from her.

A number of observers have stated that they believe that the Magistrate planned to take photocopies of the Efimova documents, and at a later time and place to substitute the bogus Portelli documents, which listed someone other than Michele Muscat as beneficiary, and to also charge Mrs. Efimova with theft. When she said she didn't have them any more, she was charged with perjury. The object, according to attorneys familiar with the tactic, was to entrap her into making an admission that the Magistrate could use to generate a criminal charge, whether she gave up the documents or not. The Magistrate's actions were, according to the scheme, allegedly criminal in nature.

We now know that Egrant held accounts at Noor Bank in the UAE, both in US Dollars and Euros, so that it could receive bribes and kickbacks from a variety of donors to Joseph Muscat's personal fortune. We also know that JM held credit cards with Noor, which he only used on trips abroad. He also used the bank to make investments in the United States, which he failed to disclose on his required financial forms in Malta.

Therefore, any criminal charges filed against Maria Efimova, which were filed as the result of judicial misconduct, specifically Entrapment, must be dismissed, as they are fatally flawed, and violate her rights. Class dismissed; will some attorney with principles in Malta please initiate proceedings against Judge Bugeja, if there is anyone with sufficient courage to do so.