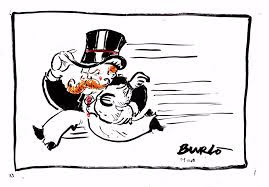 Former Malta Prime Minister Joseph Muscat's "sweetheart" CEO job in the United Arab Emirates, which was to start in the beginning of 2021, is delayed indefinitely, due to the imposition of major  COVID-19 restrictions in Dubai, which in essence is mainly closed to business. We note that Emirates cancelled its flights to Malta, and did not respond to pressure from Malta's government to restart them. Its subsidiary, Fly Dubai, has agreed to pick up the route, but service will not commence until Summer 2021.

Muscat's catering position, which some Malta observers believe is a no-show job reportedly custom designed to launder the proceeds of crime, was awarded to him without examining any other candidates, notwithstanding that he has neither the relevant education nor experience to discharge catering CEO duties. Dubai has no extradition treaty with the United States, though its cooperated with American authorities in a limited case-by-case basis.

Some readers have expressed doubts about whether JM has really lost the position, since we exposed the details of this "dream job on this blog," which was never publicly announced. One of our most reliable sources has advised that he recently saw the disgraced ex-PM in the company of two individuals in the catering and hospitality industry, whom we will call JB and SD. That should put their concerns to rest. Muscat is merely marking time until conditions improve; will he be charged before he can leave Malta ? We cannot say; therefore, stay tuned for further developments.