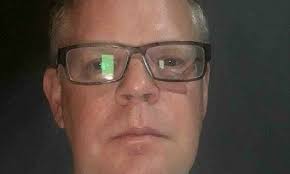 Matthias Krull, the convicted Swiss banker who was a major participant, instrumental in the massive money laundering of hundreds of millions of dollars diverted from Venezuela, and funneled through Miami and Malta, has once more had his reporting date, to prison to begin serving his sentence, delayed. In this case, Krull, who will begin a ten year sentence, has been given a delay until July 2, 2021 to surrender.

Krull is believed to be a principal witness against targets in Malta, Venezuela, and the United States. The fact that the Government wants him readily available, and not within the jurisdiction of the Bureau of Prisons, where obtaining him for debriefing or trial preparation can be problematic, means that his participation is considered essential. He is a critical witness to detail how the proceeds of crime were laundered, and who were the conspirators involved.

Criminal defence attorneys already retained by the money laundering targets, located in Malta, Dominica and Venezuela, most likely have already noted the importance of the Order that appears below,  have most likely increased their monitoring of new District Court filings, and instructed their clients to notify them if taken into custody, or detained for any reason. 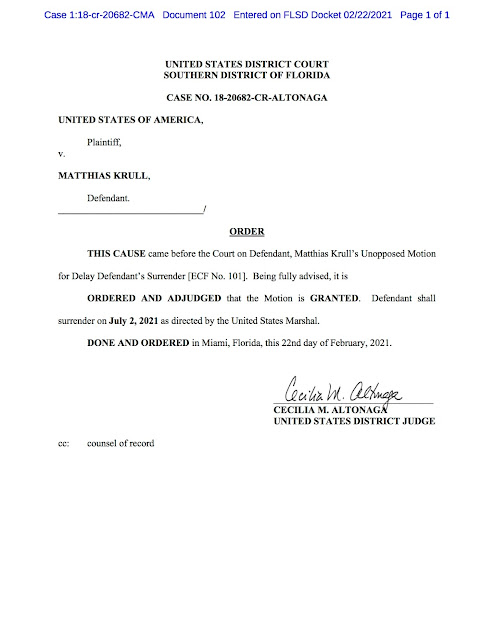