MARIA EFIMOVA EXPLAINS WHY SHE DIDN'T PRODUCE DOCUMENTS FOR MEP 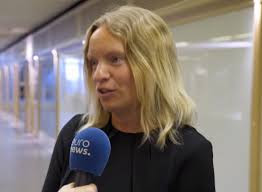 Readers have inquired as to why Maria Efimova, when she was visited in Greece by Malta MEP David Casa, she did not produce any Egrant documents she may have had in her possession, or alternatively have cloud access to. In the interest of uncovering the objective truth about the facts surrounding the Egrant scandal, we are posting the information here, on the record, to put the matter to rest.

We recently asked Ms. Efimova why she did not show any Egrant documents to MEP Casa.   Her reply, "Mr. Casa visited me while I was in jail in Athens, so I couldn't access the documents at that time. "  Ms. Efimova, who was facing bogus fraud charges filed against her in Malta, had turned herself in to the authorities. According to published statement made by Mr. Casa, the European Parliamentarian, she was advised by him that she could count on support from Brussels.

Ms. Efimova has repeatedly stated that she will voluntarily return to Malta to testify under oath, but that she must first be accorded protected whistleblower status by Malta.  She has previously stated that the Beneficial Owner of Egrant was Michele Muscat, the wife of former Malta Prime Minister Joseph Muscat, who resigned his position in the wake of information concerning the alleged involvement of his staff in the assassination of investigative reporter Daphne Caruana Galizia. The perpetrators of the bombing of her automobile has not yet been brought to justice.