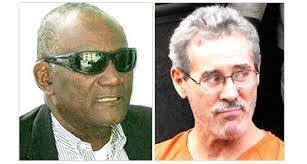 Leroy King, the former head of the financial regulatory agency in Antigua & Barbuda, has been sentenced to ten years in Federal Prison by a District Judge in Texas, in the $7bn Stanford International Bank case. King, who was facing a Life Sentence when extradited from Antigua last year, pled guilty to lesser charges, while cooperating with American law enforcement. King received over $500,000 from convicted American banker Allen Stanford, who is presently serving a sentence of 110 years for his crimes.

It is believed that his poor health was a factor in his decision to enter a plea; his sentencing was delayed multiple times, which is a good indicator that he was engaged in extensive cooperation regarding money laundering and corruption in his native Antigua. Reliable sources in the United States have asserted that a number of present and former government officials have been identified by King. Foreign Corrupt Practices Act violations by American citizens have also reportedly been the subject of his testimony.

Authorities in Antigua fought King's extradition through the country's corrupt court system, which passed the case from judge to judge, and from lawyer to lawyer , employing bogus appeal after appeal, not authorized by existing law, to keep King from cooperating in the US, but justice was eventually done, and additional indictments are expected, based upon his cooperation.