MARIA EFIMOVA, MALTA'S CONSCIENCE, SPEAKS OUT; IS ANYBODY LISTENING ? 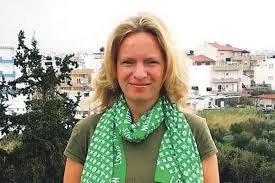 I did not intend to interview Maria Efimova, but to caution her not, under any circumstances, to consider appearing in person, to testify in the libel case Joseph Muscat has brought against Matthew Caruana Galizia. Given the kangaroo court nature of Malta's courts, where the judiciary often follows the orders of those Labour Party officials that appointed them, I advised her that she would be imprisoned on bogus charges, and her fate would more be like a real-life Count of Monte Christo, rather than the exercise of justice. We conversed at length, covering many topics.

What followed is what I believe, information that the people of Malta should know.

1. Regarding whether she would be appearing in person to testify, " I saw the Malta Today article about Muscat's libel [case] today, I am more than ready to testify via video conference, but I am not coming to Malta. His fans threaten me on Facebook."  Local Maltese press conveniently neglected to mention these threats.

2.  She further stated, "I  am not refusing to testify, but let it be on Skype. " I agree; there's no earthly reason for her to make a personal appearance, giving Joseph Muscat the opportunity to have her placed into the Malta Gulag, where she could be denied access to legal counsel, and "mysteriously" committed suicide, like the accused child molester whom the United States wanted extradited . I know a prison murder when I see one.

3. On her  concerns about documents," I want whistleblower status which will allow me to handle the evidence to the Court, without the risk of being accused of [the] illegal misappropriation of documents." Could she be charged with Grand Theft of documents from Pilatus Bank's curious "kitchen safe," even though she took nothing from it ?  Ask the Artful Dodger what his motives are regarding Maria, though we doubt that he will be honest.

4. There's something else that worries her: " And I want Malta to stop issuing warrants against me; I have three of them now, Quite a collection.' Obviously a campaign of harassment, conducted by the Malta Police at the request of Joseph Muscat and Robert Abela.

5. Maria has a few words of wisdom regarding Pilatus Bank and its owner, " Ali Sadr [Hashemi Nejad] will not sue ECB [European Central Bank] instead of being arrested. NO DIRECTOR OF PILATUS HAS BEEN PROSECUTED SO FAR, it is only me who is being constantly accused of fraud, perjury, espionage, etc." The failure to indict the officers and directors of Malta's dirtiest money laundering bank confirm that the criminal justice system is a cruel joke being placed by the Labour Party on the people of Malta.

6. In a phrase, she said it all, "Exactly, Banana Republic. " Surely the leaders of the European Union must be troubled to admit that one of their Member nations is now better than any of the corrupt Latin American Banana Republics, and possibly worse.

7. I asked how the nominal Pilatus Bank CEO, Hamid Reza Ghanbari, came to be be a bank officer,  and whether he was an "enforcer,' and the answer surprised me. " Ghanbari was Sadr's friend. I don't think he was a key person, more like executive director. They met in Dubai, where Ghanbari was working in Citibank, as client manager. No, he was not dangerous, I mean executive for bank transactions, not for executions." [that's a joke, readers].

8. She had a final note for the people of Malta, " Big thanks to those people who believe in me, and support me.I really appreciate their kindness."

We discussed two other topics, which might be too sensitive for publication; we will consider whether the public's right to know outweighs the need to insure that justice will be done.