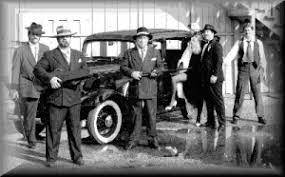 This week's official announcement, by Malta's Ministry of Finance, that it was abandoning previous plans to create an organized crime agency, comes as no surprise. The small EU country is completely infested with operational organized crime crews, and corruption of government officers in the Panama Papers scandal never resulted in criminal charges against anyone, but the official line is that the police are sufficient to fight crime. That's what corrupt leaders in America's 1930s Chicago said; they did not want the bribes to stop. This is worse than America's Prohibition corruption nightmare, because in Malta, crime absolutely rules the roost, and there's no FBI to clean it up.

The cover that senior government officials give to organized crime is so complete, that they are free to conduct their activities with complete impunity, provided that they regularly kick back a portion of their proceeds of crime upstairs. The failure to create an organized unit, which was to be established in 2019, will certainly not go unnoticed over at MONEYVAL, and is just one more nail in the probable sanctions coffin, which will hurt all of Malta's financial and legal businesses. 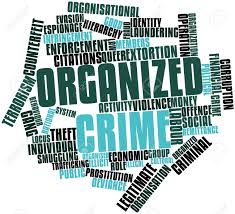 It is humbly suggested that MONEYVAL proceed forthwith to pronounce Malta an unreformed and unrepentant problem, and apply sanctions. The sooner the crash comes, the sooner corrupt leaders will be seen for what they really are, criminals who will suck Malta dry, and retire to Dubai, while the country's economy self-destructs.