WHY HASN'T MALTA CHARGED ANY OF SATABANK'S MONEY LAUNDERING BANKERS ? 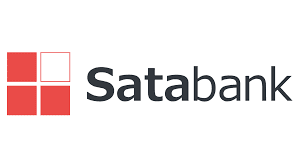 Welcome to Malta, where a local bank can suffer an MFSA €3m fine for breaches of money laundering laws, but its officers, who committed the criminal acts, are never charged, making every other EU Member state doubt that Malta can be trusted to keep criminals out of the Schengen Zone.

The Satabank PLC scandal, a Bulgarian-owned MaltA-licensed bank that reportedly had 305 suspicious transactions of 601 customers,  in the amount of €130m, out of total deposits of €311m. Many Maltese lost their money, with little or no hope that it will ever be recovered.

Perhaps Malta's Attorney General, Peter Grech, will explain why none of these former senior officers have ever had a Bill of Indictment handed down against them for money laundering at Satabank:

(1) CHRISTO GEORGIEV, the owner and Director.
(2) MARIO GAUCI, the CEO.
(3) ANTHONY PARIS, Secretary.
(4) NEVILLE BONNICI, the COO.
(5) JEAN PAUL GRAVINA, the CFO
(6) CHRISTOPHE BOECKLE, the Chairman of the Board of Directors.

Given that there are tens of millions of Euros missing and presumed stolen from within, compliance officers at international banks located in the European Union may wish to check to see whether any of the above individuals currently maintains accounts at their bank. We'd also like details on the €30m Malta fuel smuggling profits washed through the bank. why aren't money launderers arrested in Malta,  is Malta the new Panama ?