The US Attorney's Office for the Southern District of New York, in the United Nations bribery case against billionaire Ng Lap Seng, has filed an opposition to Ng's Petition for Compassionate Release or to Home Confinement. Ng's case has been the subject of great public interest in the Caribbean, after it was disclosed that he held a diplomatic passport from the Commonwealth of Dominica.

The Government's position, summarized, according to reports:

(1) Ng is not lawfully in the United States; there is an ICE Detainer and a judicial order of removal happens to be pending against him. He cannot be sentenced to Home Confinement. Forget about Compassionate Release; his health is not poor enough for him to qualify.

(2) Therefore, if the Court grants his motion or petition, he would, on release, be taken into custody by ICE, and returned to the Peoples' Republic of China.

(3) Return to China has been Ng's goal since he was convicted in US District Court, and to
grant his motion would accomplish it by default. The Government is not interested in giving Ng a get-out-of-jail-free card at this time. He hasn't served enough time from his four-year sentence; We trust that the Court will make the right decision. 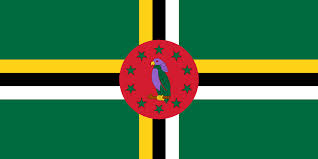 If you were wondering why he is not eligible to be sent to Dominica, where he was ostensibly a diplomat and citizen, Dominica's senior leaders have a nasty habit of accepting cash for the passport, and later canceling it when the holder gets into legal trouble, even before a conviction is obtained. Those expensive Dominica diplomatic passports are temporary at best; should the "diplomat" find himself charged with a felony somewhere abroad. While most jurisdictions do not revoke citizenship from their nationals for subsequent criminal activity, or fraudulent civil actions, the five East Caribbean states reserve the right to do so to their CBI or diplomatic passport purchasers.

The CBI consultancies do NOT disclose this little detail to their CBI and diplomatic passport clients, and since most of them do no bring in their own attorney to navigate the CBI minefield, their clients never learn about it until it is too late.
Posted by Kenneth Rijock at Friday, April 10, 2020