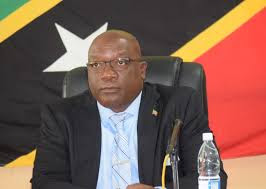 The population of St Kitts, under the prolonged six-month extension of the State of Emergency, pursuant to the National Disaster Management Act, which includes 24-hour curfew restrictions in the middle of each week, is suffering a denial of their fundamental human rights, including freedom of speech, and personal freedom. Though the Unity Government's authority expired on February 16, it is reportedly using the COVID-19 lockdown to exert strict control over the public, in a manner certainly not intended by the drafters of the Act. Human rights violations are said to abound in the country, under the guise of disease control measures.

Residents are unable to afford basic food and sanitary items, due to reported widespread price gouging. In some cases, the cost of necessities have doubled, without any government control or restrictions. Allegations of collusion between wholesalers and Prime Minister Timothy Harris are being openly expressed. Harris is allegedly receiving campaign financial support from the largest wholesale merchants,  who are openly assisting his Team Unity in the upcoming 2020 General Election campaign.

To date, the international community has ignored the political situation, in which excessive control posing as emergency management has reined in any voices of protest or complaint, including the local business community, which has been devastated by total government restrictions upon operation, even those essential businesses which openly operate in other countries.