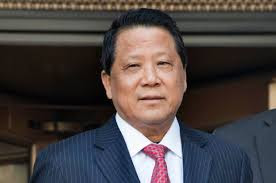 Having been convicted of bribery in United States District Court, and the verdict affirmed by the Second Circuit, Dominica's controversial ( read that corrupt) diplomat, the Chinese billionaire developer Ng Lap Seng has filed a Petition for a Writ of Certiorari to the US Supreme Court, the Court of Last Resort.

Given that the Court only grants Cert, which is discretionary, and not an appeal as a matter of right, Ng's attorneys are seeking to create issues of interest to the Court by asserting that his conviction violates existing Supreme Court decisions, and the law. A hint of what Ng's attorneys intend to argue can be found in their application for an extension of time to file a petition, which appears below.

In any event, the high court only accepts a very small percentage of Certiorari petitions filed, and unless it concludes that Ng's conviction could arguably have been an error at law , it will not accept the case. 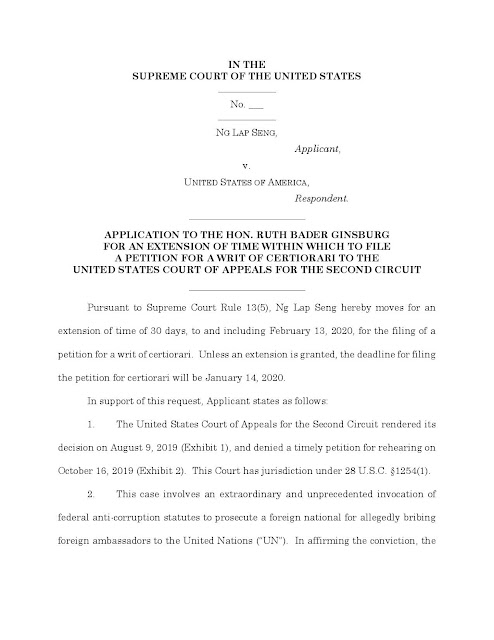 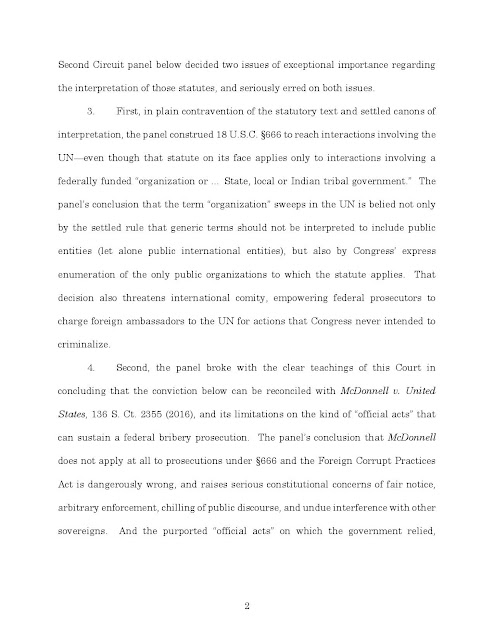 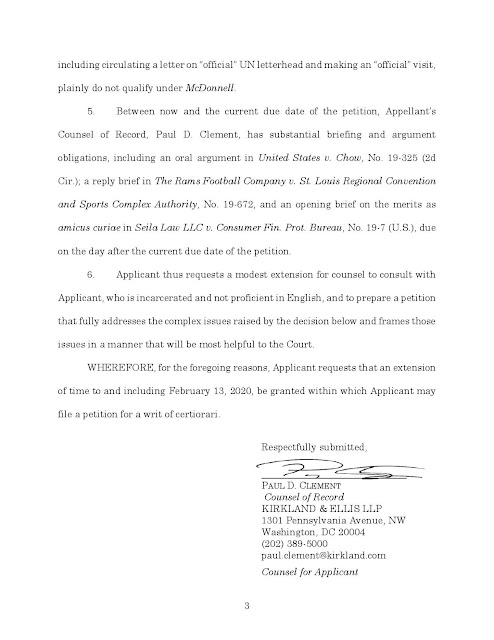