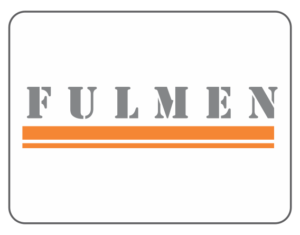 The D.C. District Court recently ruled against two Iranian companies who brought a civil action to challenge the right of the Office of Foreign Assets Control (OFAC) to maintain sanctions against them for securing material for Iran's covert Uranium enrichment facility at Qom. In a Memorandum Opinion, the Court denied Summary Judgment for the two plaintiffs, Fulmen Company and Fulmen Group, and granted OFAC's motion to dismiss the suit, for lack of subject-matter jurisdiction. Fulmen Company et al vs. Office of Foreign Assets Control.

By way of background, OFAC initiated sanctions after the European Council, acting on behalf of the European Union, sanctioned the plaintiff. After the Council refused to disclose its evidence, the  EU General Court annulled the sanctions. Plaintiffs thereafter requested reconsideration of the OFAC action, and when it was denied, brought this action (1:18-CV-02949) asserting that it had exhausted its administrative remedies.

The plaintiffs' issues, which appeared in its Complaint for Declaratory Judgment, Declaratory Relief and Money Damages, filed on December 14, 2018:

(1) Procedural Due Process; Plaintiffs received no advance notice, or opportunity to be heard.
(2) Substantive Due Process; OFAC included them on the sanctions list by arbitrary decision without meaningful procedural protections, and by denying them substantive Due Process applicable to foreign corporations.
(3) Taking of Property without Just Compensation; Fifth Amendment violation.
(4) Arbitrary and Capricious Action of a government agency, which should be set aside. (APA violation).
(5)  Excess of Statutory Jurisdiction,; Continued denial of delisting exceeds the agency's statutory authority, in light of the annulment by the EU.

(A) Regarding the Substantive and Procedural Due Process, and Takings allegations, the US Supreme Court "has long held that non-resident aliens without substantial connections to the United States are not entitled to Fifth Amendment protections. (Decision at P. 10) The Court noted that there was no factual basis for substantial connections to the US.
(B) Regarding the alleged Administrative Procedure Act violation, as arbitrary and capricious or exceeding statutory jurisdiction, OFAC considered undisclosed, classified information prior to making its decision, and made an unclassified summary available to plaintiffs. Its decision was "warranted by the facts," and the EU court decision to revoke its sanctions was not binding upon OFAC.

Readers who wish to review the Memorandum Opinion may access the complete text here.