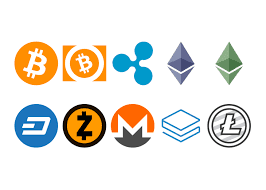 Virgil Griffith, the indicted American programmer and self-styled cryptocurrency expert, told his parents, in a written communication disclosed by the US Attorney in New York, that he planned to renounce his American citizenship, acquire Citizenship by Investment (CBI) passports, and permanently relocate to North Korea, where he intended to conduct a sanctions evasion program. The CBI jurisdictions Griffith wanted passports from were not named by the authorities.

Griffith appeared and lectured at a cryptocurrency conference in North Korea, after he failed to obtain an OFAC license to attend. He was subsequently indicted in the Southern District of New York, for allegedly aiding DPRK authorities to evade international sanctions.

The Twitter communication described what is essentially a money laundering operation; Griffith  intended to transfer funds from South Korea, using cryptocurrency exclusively. This information, which the Government delivered in open court, in connection with a bond hearing, again links CBI passports with illegal cryptocurrency activity. We have previously reported upon the operations of crypto-criminals using Grenada's CBI program to obtain passports.

The case of Virgil Griffith has been delayed, due to the coronavirus pandemic. The conference between counsel and the Court has been rescheduled for May 18, 2020.
Posted by Kenneth Rijock at Thursday, April 23, 2020