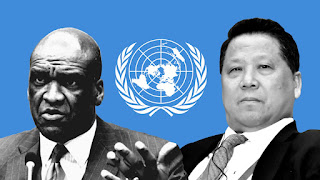 Ng Lap Seng, the convicted Chinese Billionaire, and holder of a diplomatic passport from the Commonwealth of Dominica, is trying to get out of Federal Prison. Currently he is serving a four-year sentence for paying bribes to senior United Nations officials, to have them approve his property in Macau as a United Nations conference center, with lucrative annual scheduled events.

Ng, whose conviction was affirmed by the Second Circuit Court of Appeals in 2019, has through counsel requested that he spend the remainder of his sentence under Home Confinement (House Arrest). Alternatively, his attorneys are advocating that he be given a Compassionate Release, pursuant to the First Step Act. Unfortunately, court observers have stated that he has failed to first exhaust his administrative remedies, meaning that immediate release is not available to him until he first seeks administrative relief. Also, many of the prisoner serving sentences who have sought release solely due to the Coronavirus threats in the Federal Prison System have been denied relief, meaning that such a strategy cannot be relied upon.

The circumstances surrounding how Ng, a foreign national obtained a Dominica diplomatic passport was the first major diplomatic passport sales scandal to be covered by Caribbean media. In clear violation of UN rules under the Vienna Convention, which governs diplomatic appointments and postings, Ng had no real diplomatic assignment, nor was he certified by any receiving jurisdiction, nor was he posted to an embassy or consulate. His "diplomatic status" was completely bogus, and was paid for in cash, covertly paid to Dominica's corrupt senior leadership.

The scandal has given Dominica a black eye, from which it will not recover, unless and until it abolishes sales of diplomatic passports to dodgy foreigners who are financial criminals.
Posted by Kenneth Rijock at Thursday, April 09, 2020