The Federal Bureau of Prisons, which has custody of convicted Chinese billionaire (and Dominica diplomatic passport holder) Ng Lap Seng, now serving a four-year prison sentence for FCPA ( bribery) violations, has denied the inmate Compassionate Release. The BOP letter to defense counsel states that Seng fails to qualify under the program requirements, and cites the relevant provisions in support of its decision. The letter appears below.

The Court is now free to consider his motion, and it has noted this in an Order. 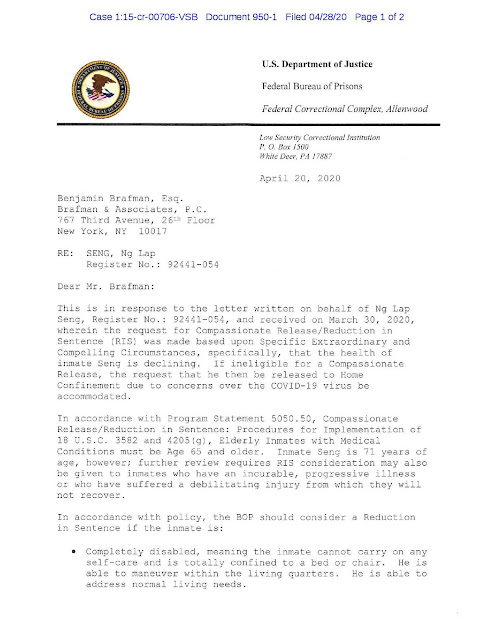 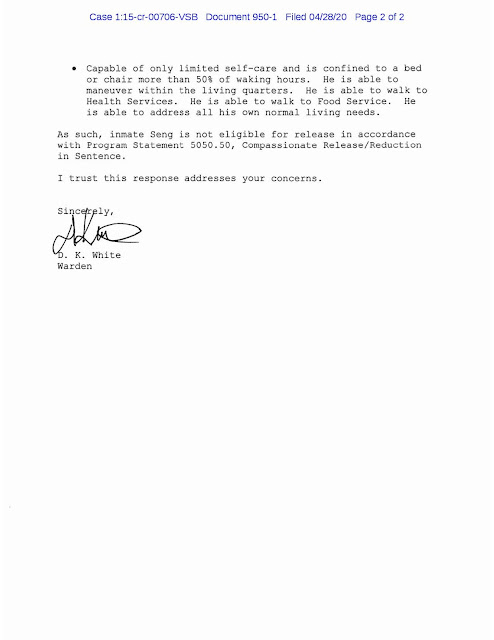