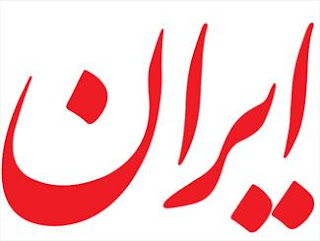 Government media sources in Iran are complaining that the Office of Foreign Assets Control (OFAC) is blocking the website of "Iran," the official daily newspaper of the Government of Iran (iran-newspaper.com). This action reportedly started a few days ago.

"Iran" is owned and operated by the Islamic Republic News Agency, which reportedly moved to irannewspaper.ir, and we note that this site is now functional in Farsi. The original domain name was allegedly seized by the US Treasury, according to a press release from the Foreign Ministry of Iran.
Posted by Kenneth Rijock at Sunday, April 26, 2020