As we expected, the late delivery (days after the trial) of a recording of an FBI interview that was conducted in Vancouver has been seized upon by Sadr's counsel as a major Brady violation, though its value as exculpatory does not appear apparent to this observer. The defense may be building grounds for an appeal, though it does not seem to constitute reversible error, on an objective basis. In truth and in fact, the interview looks like it further incriminates Sadr.

Below is the letter from counsel to the Government, setting up their timeline of the alleged violation argument, and pointing to who may be liable. 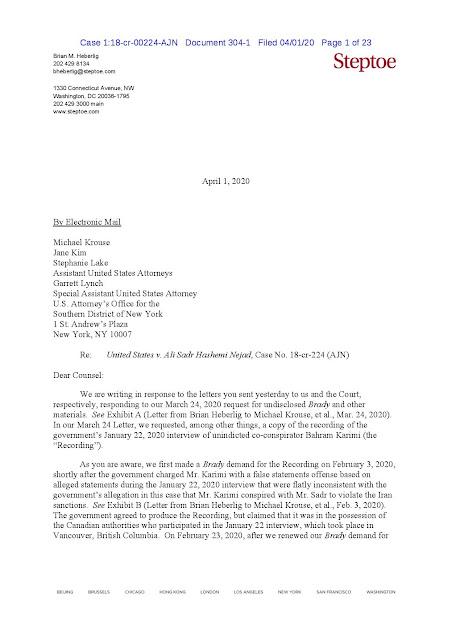 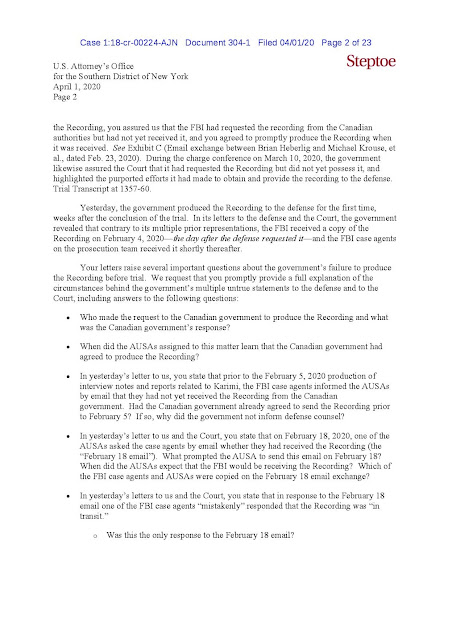 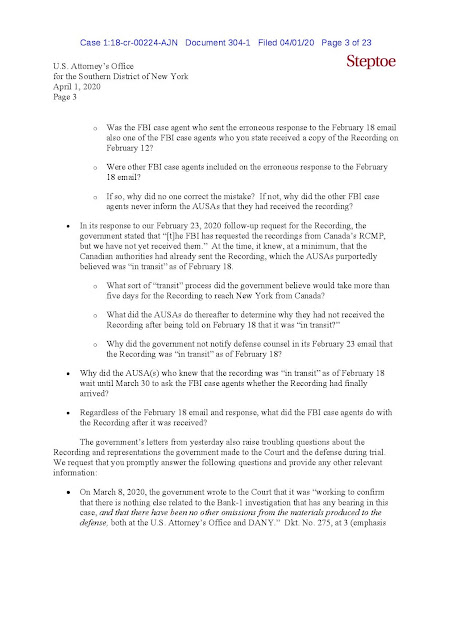 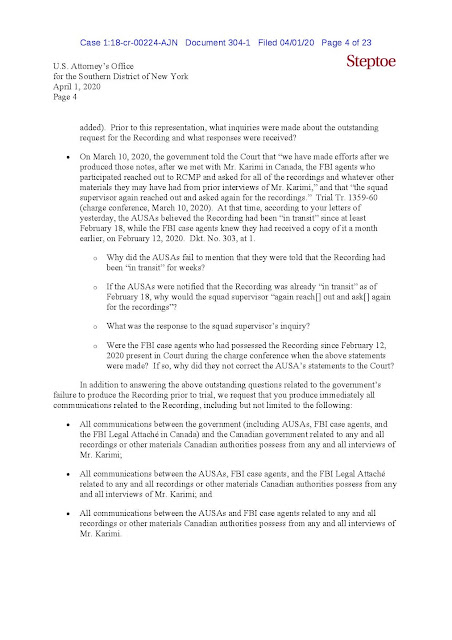 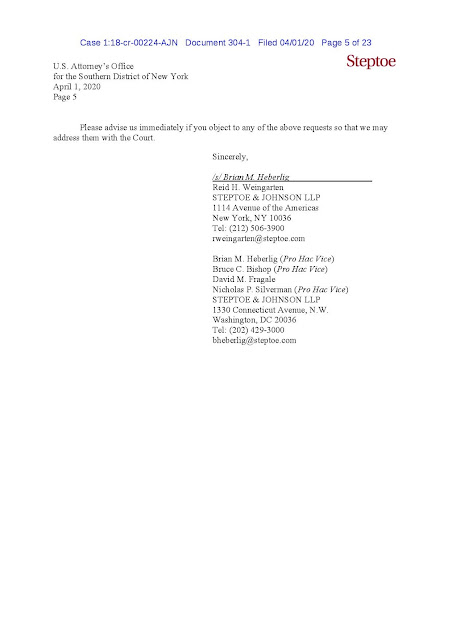