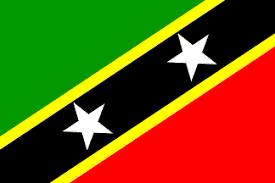 Readers who wanted to know which East Caribbean Citizenship by Investment (CBI/CIP) accused crypto criminal Virgil Griffith was interested in obtaining a passport from, and who guessed St Kitts & Nevis, they were correct. if you carefully review the transcript from the December 30, 2019 bail denial appeal hearing, it contains an extended discussion, by the Government's attorneys, about the defendant's intention to obtain a CBI passport, and flee abroad, using a St Kitts passport, to a jurisdiction where there is no extradition treaty with the United States. The evidence came from Twitter correspondence between the defendant and his parents.

The Government is rightly critical of St Kitts, where a number of American, as well as foreign, white collar criminals have acquired, for cash, CBI passports, prior to the issuance of arrest warrants by law enforcement. At present, we are aware of a number of Americans with criminal convictions residing in St Kitts, some with no intention of returning to the Continental United States.


The issue came up in connection with the subject of him becomng a Flight Risk, possibly fleeing the US to avoid prosecution for his crimes. Although the Government stated that St Kitts has currently an extradition treaty with America, the point its attorneys raised was that, armed with a St Kitts CBI passport, purchased online, he would be able to leave the US while out on bond, never to return to face justice. The defendant's familiarity with the "Dark Web," where illegal products and services are readily available to the cognoscenti, was conveyed to the District Judge in Open Court.

St Kitts & Nevis remains the CBI passport jurisdiction of preference for the world's white-collar criminal elite, with the Commonwealth Dominica a close second.
Posted by Kenneth Rijock at Saturday, April 25, 2020