Joel Steinger, the owner of Mutual Benefits Corp., the Fort Lauderdale, Florida Life Settlement firm that he operated as a billion dollar Ponzi scheme, and who is currently serving a 20-year sentence for his crimes, recently asked the Court to reduce that sentence on health or compassionate grounds.

The Court, which first noted that Bureau of Prisons General Counsel stated that to release Steinger at this time would "minimize the severity of his offenses," went on to explain that the defendant's  Guidelines Sentence was 50 years, and his health status was one of the reasons he only received twenty. It further stated that he has only completed 40% (8 years) of his sentence, meaning that, if granted, he will have received a "42-year variance from the sentence called for in the Guidelines."

Finally, the Court detailed Steinger's curious release plans, which involved placement in a home in Staten Island, New York, the global epicenter of the COVID-19 crisis. It held that they were not viable, especially if he was looking to reduce risks to his health. The Court denied his motion to reduce his sentence. His present Release Date is March 13, 2029, assuming he receives all the credit available to him under the Sentencing Reform Act.

The Order on Defendant's Motion to Reduce Sentence appears below. 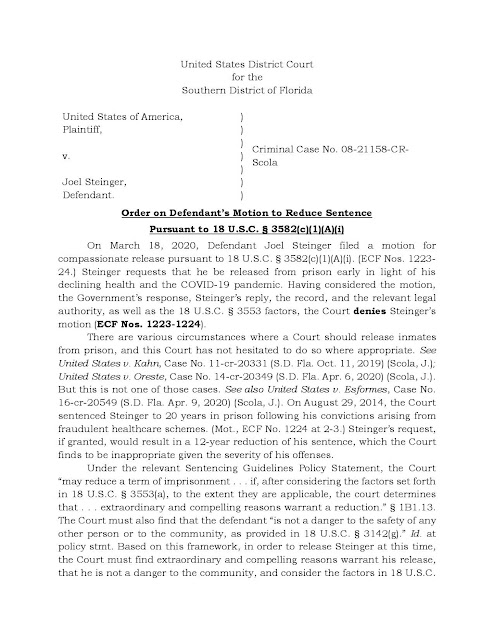 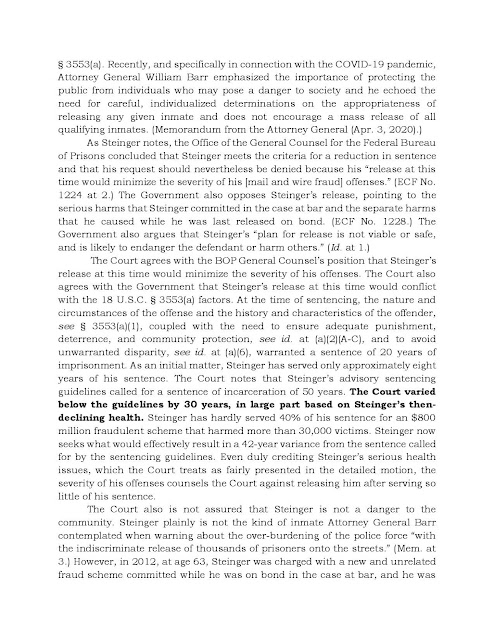 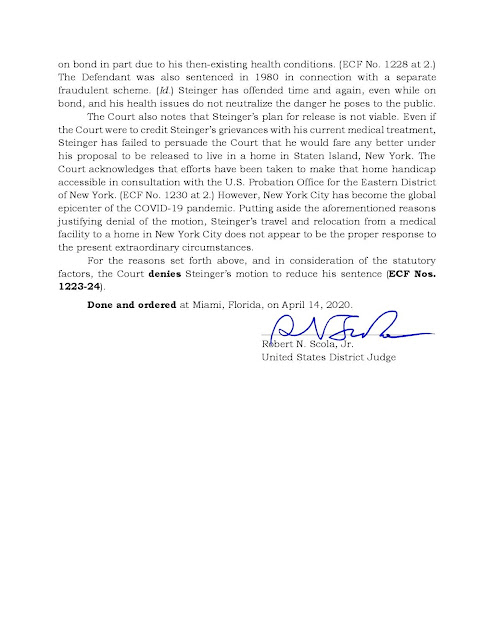