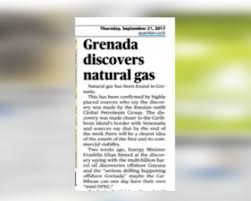 Recently, when a firm exploring the waters off Grenada made what could be a significant discovery of a natural gas deposit, the government chose not to notify the public. The good news eventually leaked out, when a newspaper in nearly Trinidad broke the story, but Grenada's government officials quickly downplayed the event, warning that it was not conclusive proof that a major natural resource, which would benefit Grenada immensely, has truly been uncovered. 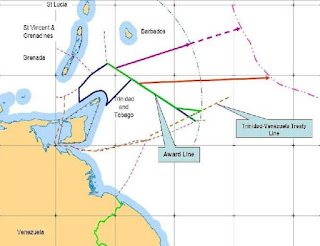 Would you like to know why ? I think the answer is buried deep within the Laws of Grenada, specifically Chapter 240, the Petroleum and Natural Gas Deposits Act, which deals with petroleum exploration and production. It was enacted during the prior administration of the country's current Prime Minister, Keith Mitchell, who stands for reelection in 2018, in the wake of multiple corruption allegations, some of which have been previously reported in this blog.

The act provides, in subsection 10, Contents of Exploration License, at 10(1)(c)(2):   "The Minister shall include, as a term or condition in an exploration license, a provision whereby the Minister* receives the right to acquire an interest, in any venture for or recover petroleum, which may be carried in any block in the exploration area".

This is the essence of Conflict of Interest; all private oil exploration or development projects must have a senior government official written in for a share. How on earth can he be objectively expected to make energy decisions for Grenada, when holding an ownership interest in companies locally involved in this industry ? He is disqualified by his share in the company. This is some sort of cruel joke played upon the people of Grenada by its corrupt & eminently greedy leader. No wonder PM Mitchell tried to keep the natural gas discovery quiet. 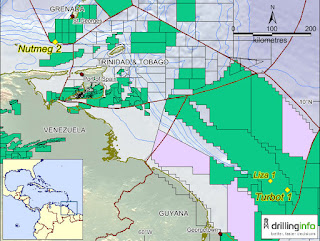