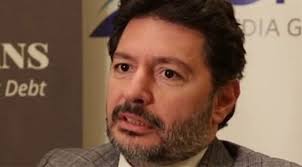 A Federal jury in the landmark Iran oil-for-gold sanctions evasions case against Mehmet Atilla, the Turkish Halkbank executive, has entered a guilty verdict against him, on five of the six charges. The case, more commonly known as the Zarrab case, after the original primary defendant, Reza Zarrab, the Iranian-Turkish gold trader who ran the massive operation from Turkey, involved defendants who had never entered the United States, nor had companies there, but were charged nevertheless, upon the theory that American banks were defrauded, when the defendants evaded US & international sanctions against Iran, and moved  US Dollars through banks in the New York financial system.

The jury found him innocent of the money laundering charge. Sentencing has been set for April 11, 2018. We note that Reza Zarrab's sentencing date (he pled guilty just before the trial) has not been sent, which indicates that the Government probably has plans for him to render additional Substantial Assistance, before his case is scheduled for sentencing.

Zarrab could potentially have spent the rest of his life in an American prison, due to the charges against him, but his cooperation will, most likely, result in a greatly reduced sentence, provided it result in new indictments, or recovery of criminal profits by the Government.

A large number of possible additional defendants could be indicted, based upon Zarrab's forthcoming probable Grand Jury testimony, including Zarrab's former partners, Babak Zanjani, and Alireza Monfared, though both are in custody in Iran. Other possible defendants are located in Malaysia, Iran, Turkey, and the Commonwealth of Dominica.