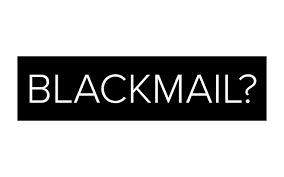 Our article,  Is Ricardo Martinelli Attempting to Blackmail the United States to Avoid Extradition ? in which we questioned why Martinelli's Habeus Corpus petition file is not available to the press or public, has resulted in substantial feedback from our trusted Panama sources. You may not like the answer.

By way of background, remember that the Panama criminal charges that Martinelli is desperately seeking to avoid or evade, deal with his massive illegal electronic surveillance of Panamanians, which was conducted by his national security agency. Some victims have claimed that he subjected them into sexual blackmail, using the tapes, forcing certain female Panamanians caught in the act by his cameras and tapes, to have sexual relations with him, or face public exposure of their infidelity to powerful husbands or paramours.

Reliable Panamanian sources have now stated that Martinelli's electronic spies also eavesdropped on the US Embassy, its staff and officers, and that Martinelli thereby received classified data on covert US operations in Latin America. He is now allegedly threatening to expose these extremely sensitive matters, unless his extradition is denied by the District Judge in Miami who is handling the case.

One source went so far as to state that some of the information regarding data Martinelli claims to hold was actually included in a filing one of Martinelli's attorneys made, in the Habeus case, and that is why all the pleadings are not available to the public. We are unable to confirm this specific fact, as access to the entire file remains off limits, for some unknown reason.

Is Martinelli actually trying to blackmail the United States into turning him loose, to flee to a jurisdiction  from which he cannot be extradited by law ? We do not know, but we would certainly like to see the contents of that Habeus Corpus file.
Posted by Kenneth Rijock at Wednesday, January 03, 2018