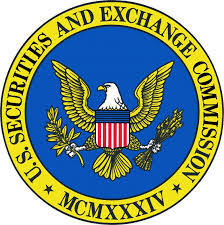 Compliance officers at international banks know that a major component of Country Risk calculation is a country's court system. Will a foreign financial international institution, or its clients be able to trust a nation's courts to follow the Rule of Law.  Is justice consistently served there regarding bad actors, financial criminals, or corrupt officials who break the law, in the event a civil suit, or criminal action becomes necessary to protect interest, or recover losses ?

We regret to report that, in an action in the Commonwealth of Dominica this week, a sitting judge released criminal proceeds, previously frozen at the request of the US Securities & Exchange Commission, in a case against the prominent international fugitive and fraudster, Spanish national Pedro Fort Berbel. Berbel, who operated a major Ponzi scheme in Florida and Spain, has been literally hiding out in Dominica, having fled there to evade justice, after defrauding investors of $38m. He is now protected by the corrupt local government, which has repeatedly given safe harbor to career criminals on the run, most recently international sanctions evader, the Iranian Alireza Monfared, whose case permanently gave Dominica a black eye.

Monfared is believed to have been an intelligence agent of Iran, who went rogue, and stole billions in illicit oil profits from his country, with Reza Zarrab and Babak Zanjani. Monfared had an illegally-obtained diplomatic passport, in violation of a United Nations treaty on diplomats. There are an estimated five hundred such illicit Dominica diplomatic passports in the hands of financial criminals, Middle Eastern terrorists, and Chinese & Russian Organized Crime members.

The SEC, which has a major civil suit* pending against Fort Berbel, in US District Court in Miami, sought to recover funds for investor victims, by obtaining an order from the High Court of Justice, without notice, to freeze funds in several accounts in Dominica banks.**The funds had apparently been hastily transferred to accounts of Fort's local attorneys, including Kondwani Williams, whom we have covered in earlier articles. Williams allegedly represents fraudsters who own Inter-Oceanic Bank of the Caribbean, a virtual bank whose headquarters is actually located within Williams' seedy law offices in downtown Roseau. The bank closed up its website as soon as we reported on its activities; it was seeking investor capital of a minimum of USD$100,000, but it appears to also be a Ponzi scheme.

The judge in Dominica, who by reputation is closely associated with the corrupt local government of Prime Minister Roosevelt Skerrit, unfroze the accounts, in clear disregard for the massive amount of incriminating evidence, and the Rule of Law. The claims of Dominica attorneys linked to the regime, that the SEC failed to controvert self-serving affidavits, filed by Williams and others, is merely an attempt to justify what was truly a political ruling, intended to favor the sitting government, who has reaped lucrative profits, by its relationship with Fort, who allegedly holds both CBI and diplomatic passports from Dominica.


The action of the Court is not only a setback for the SEC enforcement and collection action, it demonstrates that the judiciary, as we have seen repeatedly in Venezuela, an ally of Dominica, acts according to the demands of government officials, and not pursuant to the Rule of Law. What subsequent action the United States takes, including but not limited to OFAC sanctions, passport restrictions on Dominica passport holders, or criminal indictments, is not known at this time, but expect some blowback to the unexpected, and utterly corrupt, court decision.

Since we cannot trust the court system to be fair and impartial, and to follow decisional and statutory law, we must now raise Country Risk to its highest level, into the plateau where no financial transactions should be either initiated, or even contemplated, due to the clear and present dangers present in Dominica at this time.
____________________________________________________________________________
*Securities & Exchange Commision vs. Pedro Fort Berbel, et al, Case No.: 17-cv-23572-FAM (SDFL).
**  All the banks that accepted Fort's Ponzi profits were subsidiaries of Canadian banks:  Nova Scotia Bank, First Caribbean International Bank, and Royal Bank of Canada. Serious questions have been raised by compliance officers familiar with the region, as to how these banks allowed funds from a known Ponzi schemer to be accepted, and why the attorneys accounts were not closed.