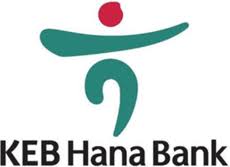 A disturbing report from the Republic of Korea, regarding the latest iteration of the infamous North Korean counterfeit US one hundred dollar bill, known as the "Supernote," raises the question: Is it in general circulation in the United States, and abroad, and why have no warnings been posted ?

The December discovery of a counterfeit Series 2006 A USD$100 note in Seoul has raised alarms in Asia, but curiously, not in the United States, which is the generally accepted target of any North Korean attack upon the American economy. One of these notes was found at a branch of South Korea's KEB Hana Bank, and a team of forgery experts within the bank have reportedly concluded that it is a next generation version of the dreaded Supernote. The North Korean regime, short on hard currency, has in the past created these counterfeits, using paper and printing presses that are the equivalent of those use by the US Bureau of Printing and Engraving, to create a counterfeit that passes even close scrutiny by banking staff.