Malta's problems with the backgrounds of the dodgy characters to whom its scandal-ridden leadership is selling EU citizenship continue to damage its already tawdry reputation. Recently, an Iranian national gained entry into Canada, on the strength of his Maltese CBI psssport, where he sought to purchase a property containing six residences. Enhanced Due Diligence was performed on this individual by the bank, in connection with the sale, and it was learned that the person was on the US Office of Foreign Assets Control (OFAC) sanctions list.

Shortly after he was exposed as a designated OFAC national, the "Maltese citizen" abruptly left Canada. Why did the citizenship consultancy, the due diligence firm responsible for vetting applicants, and lastly, the Government of the Republic of Malta, on this compliance malpractice ? 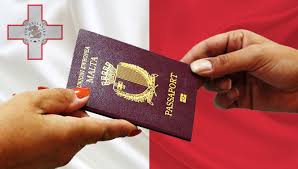 If this is an example of the quality of applicants accepted by Malta for its passports, which carry Schengen Zone privileges, then ALL Maltese passport holders, whose place of birth is shown to be outside the country, should be subject to Enhanced Due Diligence investigation, by compliance officers, as well as customs & immigration officers when they seek entry to The United States and Canada. Perhaps Malta should suspend its CBI program, until they clean it up.