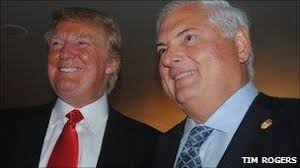 The US District Judge assigned to Ricardo Martinelli's Habeus Corpus petition, the fugitive Panamanian ex-president's last chance to avoid extradition to a very hostile Panama. has ordered that Oral Argument on the petition be rescheduled to January 16, 2018, at 2PM.

All the pleadings in the court file remain unavailable to the public, reinforcing the probability that the former president, whose corrupt actions while in office, eclipse all his predecessors in scope, has alleged sensitive and/or classified information in his filings, the public disclosure of which may severely embarrass the United States, or one of its law enforcement agencies.

Whether Martinelli was a  Confidential Informant remains an open question. The late General Noriega was a known asset of the United States intelligence community, and the convenient entry of Ricardo Martinelli into the United States, when corrupt foreign leaders are barred by statute, has repeatedly been an issue of discussion among Panama observers.

We trust that the much-delayed extradition will finally be concluded, and that the people of Panama will see that justice has been served, and the Rule of Law followed, in Martinelli's case.