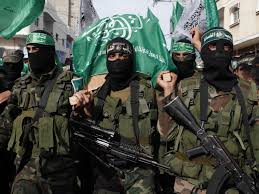 Hamas' new operational presence in Lebanon has consequences for international banks in the West. While there were previously only a token number of Hamas agents in Beirut, a newly-arrived substantial contingent of terrorists, whose mission is to conduct offensive operations in Israel, is a game-changer for international financial institutions who have regular business with Beirut's banks.

Remember, while the US Treasury has aggressively cautioned Lebanese bankers about any transactions with Hezbollah, it has not yet caught up with the fact that Hamas is now there, on the ground, seeking to commit terrorist acts in Judea & Samaria (the "West Bank"). Beirut's banks have not been "scared straight" about Hamas, and as a result, the lucrative business it offers will most likely have at least a couple of takers. Treasury should talk bluntly to the Association of Banks in Lebanon.

Bankers in the European Union, and Latin America would be wise to increase their monitoring of charitable entities sending funds to Lebanon, especially those who have no prior history of wires to Beirut. They should also look at transfers from countries where Hamas has operational detachments in place, such as Turkey, and the UAE. Hamas agents in Lebanon who are recruiting and paying West Bank sympathizers require operational funds, and the4 money has to come from somewhere, and end up in Beirut; Watch for it.
Posted by Kenneth Rijock at Sunday, January 21, 2018