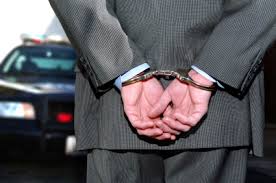 The trial judge in the Iran Oil-for-Gold sanctions evasions case, where gold trader Reza Zarrab entered a plea, and Halkbank deputy CEO Mehmet Atilla was found guilty, has made a special request to all counsel of record. He has demanded specific details of all contacts between counsel and both the Turkish and the American governments, where not attorney-client related.

The complete text of the order follows:

"In connection with the upcoming sentencings in this case, and the Court's 18 USC  §3353 (a)*  analyses, the parties are directed to include in their written submissions a description of all non-attorney client privileged contacts  (i.e. meetings, calls, texts, emails, etc.)  by all counsel, including Turkish counsel, with any officials or the United States and/or Turkish governments, and relating to the prosecution and/or disposition of this case. Please include 1) the date of such contact(s); 2) t   the names of those present, or otherwise involved or copied; 3) the purpose of the contact. and; 4) the outcome of such contact." Order entered January 18, 2018.

Is the Court going to take the actions of defense counsel's "outside consultants," the former US Attorney General and the former Major of the City of New York & ex-US Atty., who met with Turkish government officials, seeking a possible political solution to a Federal criminal case ? We cannot say, but expect the unexpected at the time of sentencing, and it may prove costly for the defendant.