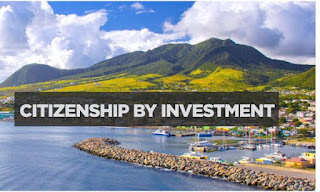 Compliance officers at international banks in North America, and in the European Union, continue to be on guard for prospective customers whose primary method of identification is a passport obtained through a Citizenship by Investment (CBI) program from the five East Caribbean English-speaking republics.

They fear that a CBI passport holder is concealing his or her true identity, may in truth and in fact be a Politically Exposed Person (PEP), or an individual engaged in financial crime, a terrorist financier, in possession of the proceeds of corruption, or a criminal suspect in his home country.

While CBI consultancies, and the governments of the CBI countries themselves, all brag about the effectiveness of the firms performing due diligence investigations of the applicants, they fail to disclose the central flaws impeding all their inquiries into the background of applicants:

(1) The vast majority of CBI applicants not only come from high risk countries, they hail from the Middle East, Asia or Russia, all of whose languages use non-Roman (Latin) characters. This means transliteration, not simple translation, into English, where one letter changed, deleted or improperly interpreted will result in a total failure to identify a threat to your bank.

(2) These high risk countries, which serve as the principal source of affluent CBI clients, all have a thriving underground in official blank passports for sale. Your applicant may have a legitimate passport with a clean alias, meaning that all the due diligence in the world will not uncover his true identity.

Many compliance officers have taken to closely examine ALL individuals who come from countries in the developing world that sell CBI passports, on the assumption that they may be looking at an individual who appears to be a legitimate national, but in reality is a well-prepared CBI holder. I wonder how many citizens of St Kitts & Nevis, Dominica, Antigua & Barbuda and Grenada are aware of this ?

Whether CBI programs ultimately plunge the countries who implement them to raise needed revenue into increased paraiah status for Country Risk purposes is not known, but we will be watching.