YET ANOTHER DELAY OF MARTINELLI EXTRADITION HEARING POINTS TO TRUMP 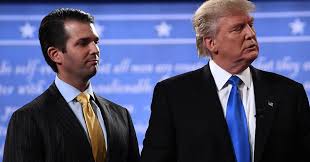 The US District Judge assigned to hear the Habeus Corpus petition, filed by the fugitive former president of Panama, Ricardo Martinelli, has again rescheduled oral argument on the petition, this time to January 23, 2018.  This is the third time that this hearing has been scheduled in the month of January, a clear indication that something major is afoot.

Rumors are flying, in official circles, in the Republic of Panama, concerning the true cause of the multiple delays, and the reason why the entire court file is restricted, and unavailable, meaning that access is denied, although the file has not been formally sealed by the Court, an effective way to conceal information that should be available to the public. What is going on ?

Sources within Panamanian government circles have been reminding us that Martinelli's illegal electronic surveillance programs, both with audio & video capability, not only eavesdropped inside the US Embassy, it had eyes and ears inside the Trump Ocean Club, as well of other hotels, and even houses of ill repute. Now you may begin to understand the gravity of some of the surveillance tapes.

In addition to illegal surveillance of US diplomats, law enforcement agents, and intelligence agents engaged in covert operations out of the embassy, the tapes and recordings are said to have captured Trump family members, and President Trump himself (in Panama without his wife) . Some of the illegal recordings allegedly shows some individuals engaged in "R" rated activities, in a specific location that Martinelli'a nationals security division had under constant surveillance.

Some of this information allegedly actually appears in Martinelli's habeus court filings; now you understand the sensitivity of all the materials in that file, and why it is sealed. No wonder the Government is hesitant to hold the hearing. Will the courtroom be sealed, and any press or spectators barred ? We cannot say, but apparently there is a lot more of the story (under the sheets ?) than the Court is willing to show the press and public.
Posted by Kenneth Rijock at Friday, January 05, 2018