WILL THE UNITED STATES DECLINE TO EXTRADITE MARTINELLI TO PROTECT ITS SECRETS ? 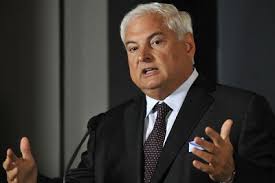 Don't be surprised if Panama's extradition request for Ricardo Martinelli is further delayed, or even declined, on procedural, rather than substantive, grounds, later this month. Rumors flying around Panama state that the fugitive former president has classified information about US operations in Latin America, the public disclosure of which could severely damage diplomatic relations between America and several Central & South American nations.

Keeping those secrets is apparently more important than letting Martinelli face Panamanian justice; Panama's reformers will be unhappy, especially since Martinelli allegedly has incriminating evidence against the country's current president, Juan Carlos Varela, who was Vice President, and Minister of Foreign Relations under Martinelli.

There were a number of defects, ostensibly under Panamanian law, that Martinelli's attorneys have asserted could provide the legal basis for a Federal Court ruling rejecting Panama's extradition request. Most legal observers in Panama City has opined that they are without any merit, but it may provide some cover for a ruling. Did he have diplomatic immunity from extradition, due to his contrived appointment in the Latin American Parliament ?

Exactly how did Martinelli acquire this classified information is not known, but his illegal electronic surveillance program reportedly included the US Embassy in Panama City. There's got to be a violation of US law in there somewhere. Why hasn't he been charged in the United States, where he has been living since Panamanian justice starting making a move against him ? Perhaps he was a Confidential Informant for a US agency after all.
Posted by Kenneth Rijock at Thursday, January 11, 2018