DUTCH EMBASSY PAYS TRANSPORTATION TO THE NETHERLANDS FOR HAMAS AGENTS 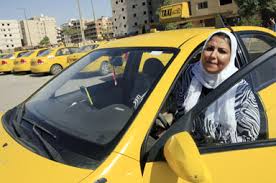 A diplomat who is privy to confidential information, regarding the relocation of Palestinian Arabs living in Gaza, to the Netherlands, has detailed the lengths to which the Dutch Government is assisting in transport. Gaza residents are taken, by taxi, at Dutch expense, to the Airport in Amman, Jordan, where they are flown to the Netherlands, to ostensibly emigrate there. The Dutch Government, acting through the Dutch Embassy in Israel, pays all the expenses.

Readers who are wondering why the Dutch are not using Israel's international airport, be advised that the Government of the State of Israel does not allow residents of Hamas-controlled Gaza to "emigrate" through its airport. Given that only with Hamas approval is any travel approved outside of Gaza, you can expect that a large percentage of these "emigrants" are Hamas agents, ans are money launderers, fundraisers, assassins, sleeper agents, and other terrorist operatives. The Dutch are, in  essence, financing terrorist movements into the European Union.

We have previously* detailed the fact that Hamas, sanctioned by OFAC as s Specially Designated Global Terrorist organization (SDGT)uses the Netherlands as one of its major fundraising centers in Europe. Perhaps you recall our coverage of Amin Abu Rashed, the senior Hamas fundraiser in the Netherlands, and his travels to Syria.


We wonder what the people of the Netherlands will have to say, when they learn that their tax dollars are paying the taxi fare of Hamas terrorists, so that they can relocate to Europe, and live next door to them.