WHO IN ANTIGUA HIRED A PROMINENT HACKER ? 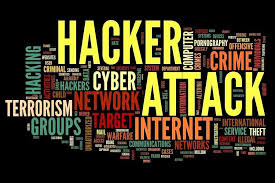 Insiders in Antigua have alleged that unknown government parties there have engaged a prominent international hacking firm, which ostensibly will check Antigua's online security levels. Given the fact that a number of sitting governments in the East Caribbean have been accused of using hackers to attack their Opposition,  reports of additional covert acts must be taken seriously, noting that the ongoing corruption matters have given many other East Caribbean states a black eye, in the view of many North American-based compliance officers.

Some Antiguans are concerned that government-funded Internet manipulation and anonymous attacks upon individuals that anyone considers a threat to elected officials might be employed to damage opposition leaders, and impact their effectiveness as whistle blowers of misconduct. There are persistent rumors that the hacking firm is not only protecting websites for clients, but is also engaged in illicit activity, as ordered by a number of their government their clients, and that this is the true nature of their engagement. This has not yet been confirmed.

It is not known what the response will be when Antiguans are fully informed about such questionable activities, it is expected that they will voice their concerns to government.Who really hired the hackers ?

Last year, we reported on similar covert (and illegal) Internet projects, targeting Opposition figures and parties, in the Commonwealth of Dominica. That illicit program is believed to be still in operation there.
Posted by Kenneth Rijock at Saturday, January 13, 2018