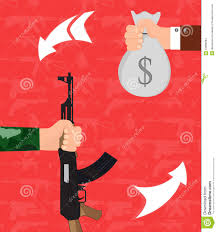 Prosecutors in Spain's Canary Islands, seeking to justify the jailing of Russian-Spanish businessman, Vladimir Kokorev, for more than two years, are alleging in media his reputed involvement in arms trafficking. Kokorev's illegal detention in 2015, on a spurious material witness warrant, has become a human rights issue among certain Members of the European Parliament.

The alleged evidence includes financial transfers said to be for weapons, armor and equipment purchases, by the Government of Equatorial Guinea. Kokorev, who was solely involved in maritime matters, was not an arms trader or facilitator, and these allegations are believed to be made to allow the Court, said to be notoriously anti-Russian, to continue to hold Kokorev, without legal justification, which is a major violation of EU law.

More than a decade ago, Spanish investigators closed their case, regarding possible money laundering of funds from Equatorial Guinea, but Canary Islands prosecutors improperly reopened the case, reportedly upon orders from affluent Spanish & Italian interests, who have coveted oil contracts from Equatorial Guinea, now held by American firms. They want the present EG government to fall, so that they can place their own candidate, an expat living in Spain, in place of President Obiang.
Posted by Kenneth Rijock at Monday, January 29, 2018