WILL EU BRING CRIMINAL CHARGES AGAINST MOSSACK AND FONSECA PARTNERS ? 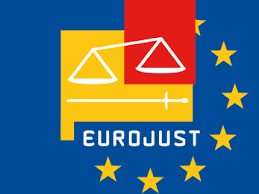 Eurojust, the European Union legal agency, is in Panama City this week, to confer with Kenia Porcell, Panama's Attorney General, and to collect additional evidence in the Panama Papers scandal. There is an unconfirmed report, said to have come directly from Eurojust staff, that the EU intends to indict Jurgen Mossack and Ramón Fonseca on criminal charges, arising out of their alleged tax evasion facilitation, laundering and banking of the proceeds of corruption, and hiding the identities of senior European PEPs, who were all Mossack clients.

While the two name partners remain in custody in Panama, due to a judicial finding that they are at risk of not only flight, to avoid prosecution, but due to their destruction of evidence, Panama observers, who know that they could, if they choose to testify, implicate senior members of the present government, and that they might evade justice in Panama, for that reason.

We welcome a European prosecution of, not only the letterhead partners, but other attorneys at that firm, who actually performed the ongoing tactical money laundering operations for Mossack Fonseca clients.
Posted by Kenneth Rijock at Thursday, April 06, 2017