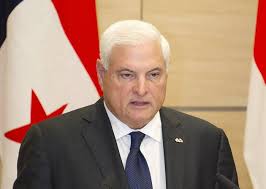 The president of Transparency International has publicly noted that the United States State Department has failed to provide an acceptable response to three inquiries as to why Ricardo Martinelli, the fugitive former president of the Republic of Panama, has not been extradited, to face justice in his native country. Panama delivered an extradition request to the US in September, 2016.

Precisely how Martinelli, then accused of massive corruption, while in office, was even allowed into the United States, where laws prohibit entry of corrupt foreign leaders, remains an open question. Some observers believe that he has an arrangement with either a law enforcement agency, or an intelligence agency, which is interfering with a moral extradition, due to his prior delivery of information, on criminal activities in Panama.

The problem is that Martinelli's current high-profile lifestyle in Miami, while he stands accused in a dozen criminal cases, totally over $5bn in the proceeds of corruption, reinforces the global perception that some wealthy ex-leaders can enjoy their "retirement" in the United States, free of the rule of law in their own nations, and that some US government agencies are to blame.
Posted by Kenneth Rijock at Monday, April 03, 2017