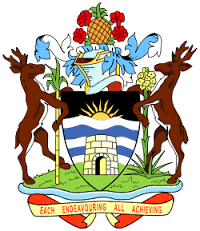 The Fifth Circuit Court of Appeals has held that the Foreign Sovereign Immunities Act bars Stanford International Bank Ponzi scheme victims from bringing suit against Antigua and Barbuda, a foreign state. The decision reversed a ruling by the US District Court for the Northern District of Texas.

The Stanford victims successfully argued, to the trial court, that the commercial activity exception allowed civil suits brought by them, as well as the argument that Antigua had waived sovereign immunity, but the 5th Circuit disagreed, reversing the lower court decision, on both issues. Readers who wish to review the arguments made by both sides, and the Court's reasoning in arriving at its decision, may review the complete text of the reported decision here.  The style is Joan Gale Frank, et al vs. The Commonwealth of Antigua and Barbuda, Case No.: 15-10717 (5th Cir. 2017).
Posted by Kenneth Rijock at Thursday, April 13, 2017