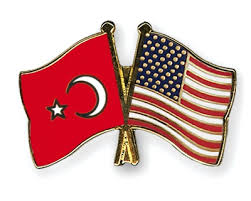 Affidavits filed, by former US Attorney Rudolph Giuliani, and former Federal Judge and Attorney General of the United States Michael Mukasey, indicate how these two new attorneys for Reza Zarrab sought to obtain a resolution of their client's serious Federal criminal charges through what they referred to as a "state-to-state," or political, solution.

Although these pleadings are available to the public, through a review of the court file, The cover letter, to US District Judge Richard Berman, states that "all materials being submitted UNDER SEAL and for IN CAMERA review." It is unknown why they were not so sealed; this District Court has specific procedural requirements, when a party desires to have a document filed under seal, and if they are not strictly followed, the Clerk of Court will fail to seal them.

Giuliani's Affidavit explains his role in the case:

"... I have been retained to provide advice, and to consult, although not to appear in court, with respect to Mr. Zarrab's defense of the charges in this case. These services have focused principally, although not exclusively, on an effort to determine whether this case can be resolved as part of some agreement between the United States and Turkey, that will promote the national security interests of the United States, and redound to the benefit of Mr. Zarrab."

The Affidavit later states that senior officials on both countries "remain receptive to pursuing the possibility of an agreement that could promote the security of the United States, and resolve the issues in this case.

Mukasey's Affidavit tracks some of the same exact language as Giuliani's;

"... services have focused principally, through not exclusively, on an effort to determine whether this case can be resolved as part of some agreement between the United States and Turkey, that will promote the national security interests of the United States, and redound to the benefit of Mr. Zarrab."

These affidavits were submitted as part of a proceeding to determine whether the fact that both lawyers' firms represent a number of the American banks that are designated by the Government as victims of Zarrab's Iran sanctions violation actions.

The fact that Zarrab has taken the extraordinary step of seeking a political, or "national security" solution to his situation, rather than rely upon his dream team of defense attorneys, who are among the best in the Eastern United States, indicates that he most likely fears the outcome of a trial. If, however, Giuliani and Mukasey fail to achieve an end run around the justice system, through some sort of agreement with the senior leaders of Turkey, that would result in his release, he may be forced to choose between a plea, which would most likely involve his testimony against additional defendants, and a very long prison sentence.

It is fair to assume that the other conspirators, all of whom were affiliated with the Zarrab-Zanjani-Monfared Iran sanctions evasion syndicate, directly or indirectly, are paying close attention to the proceedings.