HOW MANY THOUSAND BLANK PASSPORTS FROM DOMINICA HAVE BEEN SOLD IN SYRIA ?

When I first heard the information, which came from an individual inside the government of Dominica, I frankly did not believe it, but when a second trusted source confirmed the details, I decided that the story needed to be told, as it now taints the validity of all passports from Dominica, whether presented for identification purposes, or at bank account opening, or at the closing of a real estate transaction. It also represents a clear and present danger of the use of these passports, by designated global terrorist organizations, located in the Middle East.

On January 29, 2016. The Ambassador to Dominica (as well as the other English-speaking countries of the Caribbean),  of the Kingdom of Morocco, Mohamed Benjilany, visited Dominica, and met repeatedly with the Prime Minister, Roosevelt Skerrit. On that day, and on a subsequent visit that the Ambassador made to Dominica, he allegedly acquired blank, official Dominica passports, My sources advise that the total number of passports he took possession of could be as high as 10,000, but in any event one must assume that several thousand passports were involved.

For those readers who now assume that the passports were either from the country's controversial  Citizenship by Investment (CBI),  or economic passport program, or the more opaque diplomatic passport scheme, it was neither. These are reportedly standard issue Dominican passports, which raises the question of whether the Minister of Foreign Affairs, Francine Baron, was involved in what was obviously an illegal transfer of restricted material, in violation of international law. 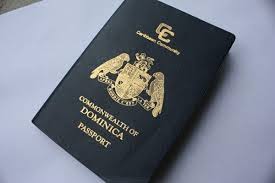 the only other individuals with sufficient authority to order the release, from secure storage, of this quantity of passports also must now come under scrutiny. They are the Prime Minister, Roosevelt Skerrit, and his personal counsel, Attorney Anthony Astaphan. Which one authorized the illegal access and sale of these passports ? How much was he or she paid ?

The potential impact of what was obviously an illegal sale, for cash, of the national patrimony of Dominica, cannot be underestimated. At least 2000 of these passports are known to have been shipped to Syria, and the presence of ISIS, Al-Qaeda  affiliates, and other hard-line Islamist groups in the Syrian conflict means that any one, or more, of these terrorist organizations could now be in possession of these passports, through which they could enjoy visa-free travel to the nations of the Commonwealth.

Terrorists could also use these passports to relocate to Dominica, where the hopelessly corrupt government would not be able to bar them from entry, and permanent relocation.  After all, they possess legitimate travel documents. The possibility that a radical group could obtain control of Dominica should not be discounted, and they may already have an ally in government. Let us not forget the lessons of Grenada, and Dominica's Prime Minister has made no secret of his anti-American, pro-Cuban, and pro-Venezuelan politics.

From this point on, international bankers, and immigration arrival inspectors at airports and borders, should verify that the holder of a Dominican passport, actually is a Dominican .Was he born in Dominica, and is that shown on his passport, as well another identification document. Is his racial category consistent with that of native Dominicans ? Where and when, and by whom, was this passport issued ? Can he answer a simple question about the names of Dominica's elected officials, past and present ?

If a member of a radical organization uses a Dominican passport to commit a terrorist act in the West, perhaps then the global community will step in and engage in regime change, but in the meanwhile, bankers and law enforcement agents must now operate upon the presumption that a Dominican passport is bogus, until and unless you can qualify the holder as a legitimate citizen of the Commonwealth of Dominica. 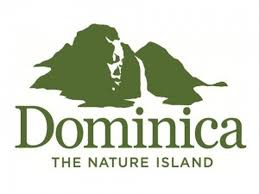