ARE THE MONEY LAUNDERING LAWYERS THE NEXT TARGETS FOR PANAMA'S ANTI-CORRUPTION PROSECUTORS ? 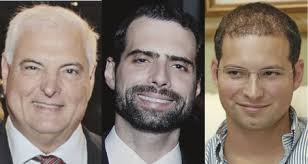 I note that a prominent Panama City attorney, who represented the two sons of former (and fugitive) President Ricardo Martinelli is in hot water with prosecutors. Is this a sign that money launderers, who just happen to be attorneys, are now to be charged in Panama ?

The lawyer formed a corporation, and then purchased a multi-million dollar property in Spain, even flying to the closing, rather than expose her client, who was a Martinelli son. The Spanish Government has now seized the luxury building, in the same way that the Swiss Government froze $22m of Odebrecht bribe money, in Martinelli accounts, where again, a lawyer fronted for her Martinelli clients. Can this be really happening ?

When Panama actually shuts down the money laundering lawyers, for criminal elements, both local, and foreign, the country has a slim chance of true reform. President Varela, please continue the crusade being waged by your anti-corruption divisions ; jail, and prosecute, the offenders.