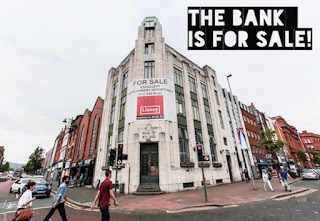 The Internet is always buzzing with offers, generally from brokers, to sell offshore business organizations, through which fraudsters may fleece legitimate investors, launder narcotics profits and the proceeds of corruption, and in general commit mayhem in the financial world. I note that one such vehicle is being advertised to the public of late: a Dominican offshore bank.

Claimed to be a turnkey operation on offer, the bank for sale is going for USD$1.5m, plus the purchaser must contribute $500,000 into recapitalizing the bank, as the seller intends to remove all hispurported $1m capital, prior to the sale. The bank, which is not named, but is believed to be one of the dozen or so on the government financial regulator's list (though some banks may be unlisted, or intentionally listed very belatedly), and, if you believe the broker, received $1m from the owner over the past year, who also spent another million, obtaining approvals, SWIFT codes, furniture, banking software, and engaging three staff members.

Therefore, if the outlay to date is $3m, why sell out so cheaply ? And why is the required recapitalization so small ? considering that the offshore bank, for sale, may be one of the two reportedly beneficially owned by Venezuelan nationals, or certain Russian organized crime figures, who are said to possess Dominican passports, it may not be such a bargain after all, as there may be baggage that a purchaser would be required to assume, such as a money laundering history. One wonders precisely how these dodgy characters were able to obtain a banking license in the first place.

Nevertheless, in the world of free enterprise, it is galling to see such a vehicle for financial crime, openly offered in the marketplace.
Posted by Kenneth Rijock at Thursday, April 06, 2017