DID PANAMA'S PRESIDENT THREATEN TO SCALE BACK US FACILITIES IN PANAMA, IF RICARDO MARTINELLI IS EXTRADITED FROM MIAMI ? 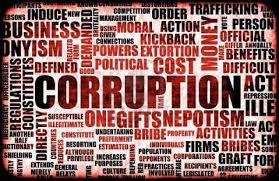 A reliable source within the office of Panamanian President Juan Carlos Varela has confirmed that Varela has reportedly notified the US Government that Panama no longer wants it to extradite its fugitive former president Ricardo Martinelli. Furthermore, Varela allegedly threatened the US with punitive action, that Panama will close a number of American facilities located in Panama City, should the extradition ensue. It was Panama that asked for Martinelli's extradition in September, 2016.

Many Panama watchers believe that Martinelli, if tried in a Panama courtroom, for the dozen offenses that he is accused of, will implicate Varela, in the Odebrecht bribery scandal, the laundering of David Murcia Guzmán's criminal proceeds, and several other criminal acts that Varela allegedly participated in, and received illicit compensation from.  Many of Panama's most corrupt government officials are worried about what Martinelli will disclose, if he is forced to defend himself in court; he definitely knows where all the financial corruption secrets are buried.