THE SALE OF PASSPORT BLANKS IS NOT A RARE EVENT 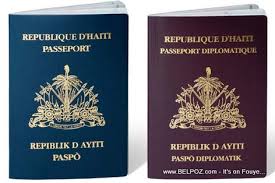 Our article detailing statements made by reliable sources in Dominica, to the effect that a very large quantity of blank, official passports were sold, by senior members of the country's present government, and have now shown up in the Middle East, seems to have struck a nerve, but the underground movement of passports is a sad story often repeated in the developing world, where corrupt officials often take cash to sell out their national identity documents. Articles seeking to deny the truth of the Dominica story conveniently ignore the fact that the country is hopelessly mired in corruption at the highest level, and that such events, and worse, are unfortunately a regular occurrence.

When the United States military conducted offensive operations in Afghanistan, after the events of 9/11, soldiers battling the Taliban recovered dozens of blank passports, from the Republic of Haiti, during a raid. Precisely how a terrorist organization acquired those documents has never been released to the media, though a Palestinian businessman visiting Port au Prince shortly before the attack on the World Trade Center was believed to have purchased them.

In an era where the new variety of machine-readable passports are the rule, rather than the exception, the possession of such identity documents, when properly encoded, gives financial criminals, or terrorist financiers, a seemingly irrefutable piece of identification, which make the illicit transfer of passports more dangerous today than it was in the past.
Posted by Kenneth Rijock at Friday, April 21, 2017